I opted for a late start today and had rice and a Gong Bao Ji Ding at a restaurant. As I was eating, a group of about eight excited young girls assembled at the table next to me. More kept arriving trying to get space around the cramped table. I assumed they were on a lunch break from school. Then a large pack of beer bottles came to their table.

By the time they started opening the beer bottles with their teeth, I was smiling – all illusions lost. It was great watching them having a good time.

It turned out they were celebrating an eighteenth birthday. The birthday girl came over with a glass of beer and offered me to join in. I packed all my equipment and then sat down at their table. They said I was the first foreigner they had met, so I tried to be on my best behaviour !!

After showing them pictures from Norway that I carry in the rucksack, we said goodbye. I went back to the Great Wall and went on walking eastwards. It was starting to get quite windy again, and a lot of dust was making life fairly miserable. Then the sky went dark grey. At this point I got to a river with breaking ice on top if it. I could see the Great Wall on the other bank, but according to the map the closest bridge was ten kilometres away. In addition the forecast said there would be more bad weather coming in a day or two.

All things considered, I decided to get on a bus and go back to Datong. I rested yesterday and today I have tried my very best to find out how it would be possible to get a visa that lasts for more than just one month at a time. It is difficult. There are various options, but none are certain and therefore it is hard to make the right decision. In addition, my girlfriend is coming to visit me in China in May, so I need to be certain where I am then.

Many thanks to Pingping, Kelly, Anne-Line, Ted, Jacinta, Helen, John M. of the Norwegian Chinese Chamber of Commerce in Norway and Mr Dong of the China Great Wall Society in Beijing for being of assistance in this matter. Still have not found a good solution, but your help is highly appreciated! The number of people involved in what one would think was a fairly simple matter shows some of the complexity.

Pictures from the Chinese Birthday party: 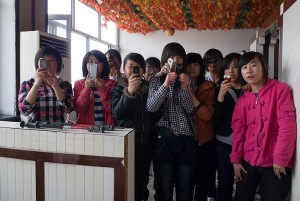 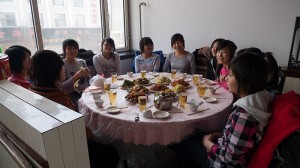 Just enough room for a couple of late comers. 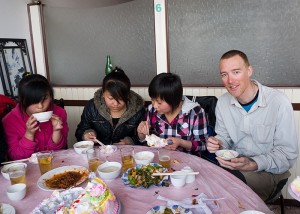 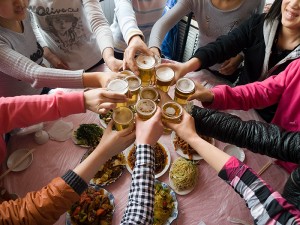 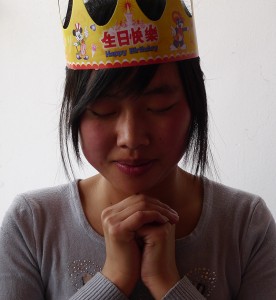 Making a birthday wish while we sang the happy birthday song. 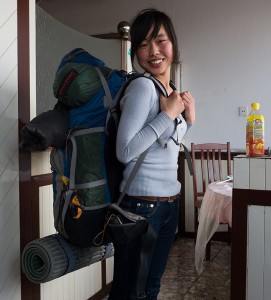 Small girl, or large rucksack? Perhaps a little of both?

To move ahead you need to believe in yourself…have conviction in your beliefs and the confidence to execute those beliefs.