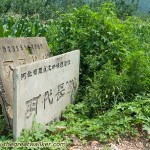 China is renewing its self at a rapid rate. A new sign replaces the old. In this instance, the name of the village was also new! 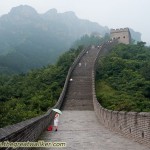 The Huangyaguan Great Wall is steep. Chinese guy is holding the umbrella to keep the sun off. A very smart move, as it was very hot and humid that day. 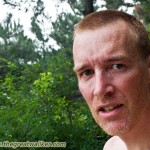 At the top of the Western part of the Huangyaguan Great Wall. I had to sit down in the shade and drink lots to cool down. 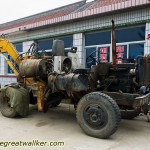 A sturdy frame, four wheels, a petrol tank or two, radiator, motor and steering wheel. There's really no trick to it. 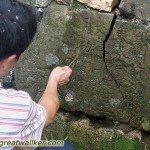 Duan Cai Yan kindly followed me a section along the Daankou Great Wall. Here some old carvings in the stone foundation of a watchtower. 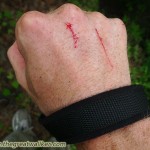 In Hebei and Beijing Provinces, the vegetation by the Great Wall is often very dense and thorny. Sometimes my average speed drops to only one kilometre an hour. 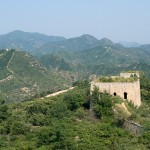 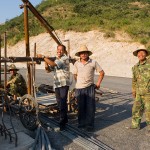 The Great Wall crossed this 8 lane motor highway. The workers said it went all the way to Shenzhen in the South. That's right next to Hong Kong! China is changing and expanding it's infrastructure at a very rapid rate. 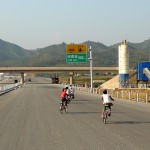 These girls were cycling on a 8 field motorway. Soon it will be full of cars and lorries. 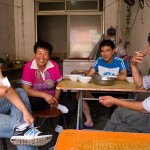 A cheerful gang working in a Baoze shop in Zunhua. 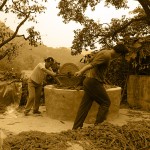 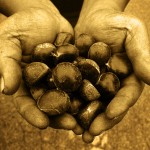 I was given lots of fresh chestnuts from many farmers in Eastern Hebei. 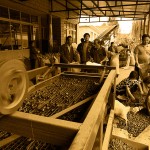 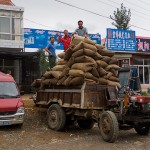 It ain’t full till it’s full. 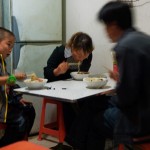 A Chinese family at a restaurant having an evening meal of noodles. 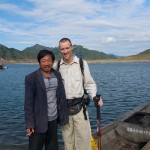 At the shore of the Panjiakou reservoir. 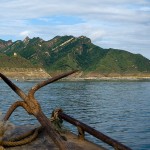 Great Wall in the distance. 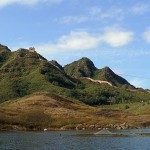 Panjiakou. My brother, two friends and I visited the place in 1998. 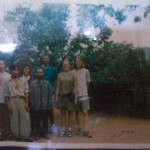 Picture hanging on the wall from our visit in 1998. 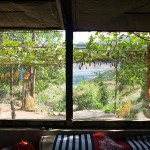 Beautiful view from a room in Panjiakou. 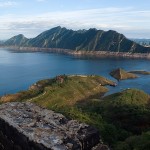 Overview. The Great Wall is very steep here. In the distance you can see where the Great Wall has been sub-merged by the reservoir. 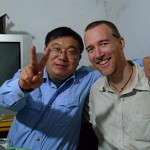 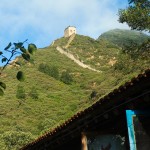 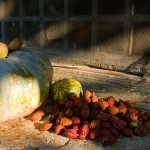 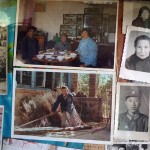 We met lady in the top right hand corner in 1998. She has since passed away. 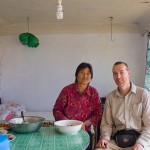 Li Cui Hua and I at Panjiakou. It was really a treat to meet her again, and I promised to call her when I reach North-Korea. 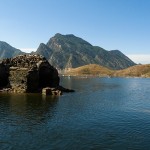 Watchtower submerged by the reservoir. 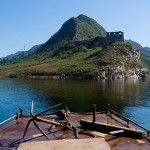 I was dropped off at the exact spot where the Great Wall re-appeared from the reservoir. Such luxury! 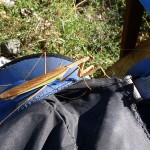 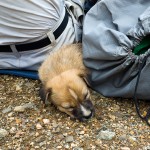 This little puppy walked right up to me and pushed it’s way between myself and the rucksack, while the mother ran off barking. There were no other people around. I was baffled, and only later discovered the sad reason for this behaviour.