After a flight via London, I arrived in Oslo late last night. A bunch of friends, family and girlfriend turned up at the airport which was very nice. Felt so strange, but really really good to be back home in one piece. Another bunch of friends and colleagues were waiting at my parent’s house and despite the late hours, we had a really good few hours together. It was great to see you all again   🙂

Also thanks for the gifts that included enough socks to get me through 2011, foot massages, SPA stay with my girlfriend, Norwegian food that is impossible to get hold of in China, tickets to the Christmas concert of Bjørn Eidsvåg – an artist I listened lots to along the Great Wall and a calendar for 2011. Many thanks!!!

Am sitting here at my parent’s house after a good and long nights sleep. I’m eating some sandwiches that my mother made, noticing how she has cleverly planted a thick layer of butter between the bread and ‘pålegg’. Haha – I’ll fatten up again in no time.

Here are some pictures that were taken yesterday – thanks a lot for taking and sending them Margrete! 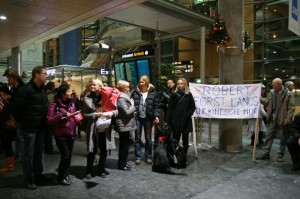 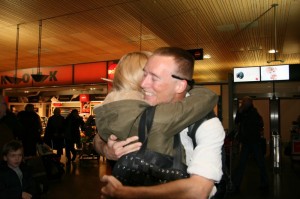 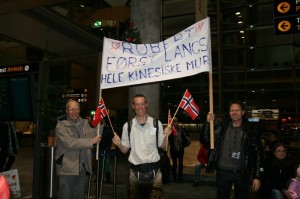 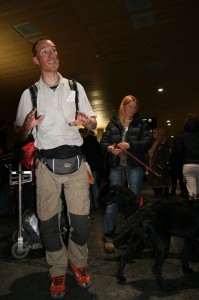 Notice – dirty trousers, and my ‘resting shoes’. The other shoes were left behind in China as they had served their purpose. 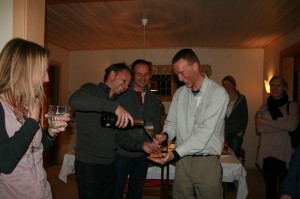 Back home at my parent’s house celebrating! Had slept 2-3 hours the last 24, but it was so much fun!!

Take a chance! All life is a chance. The man who goes farthest is generally the one who is willing to do and dare.